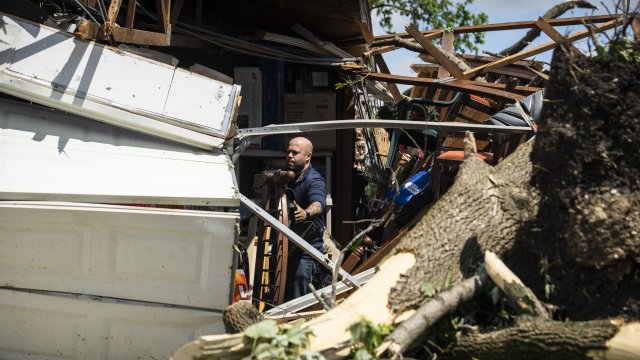 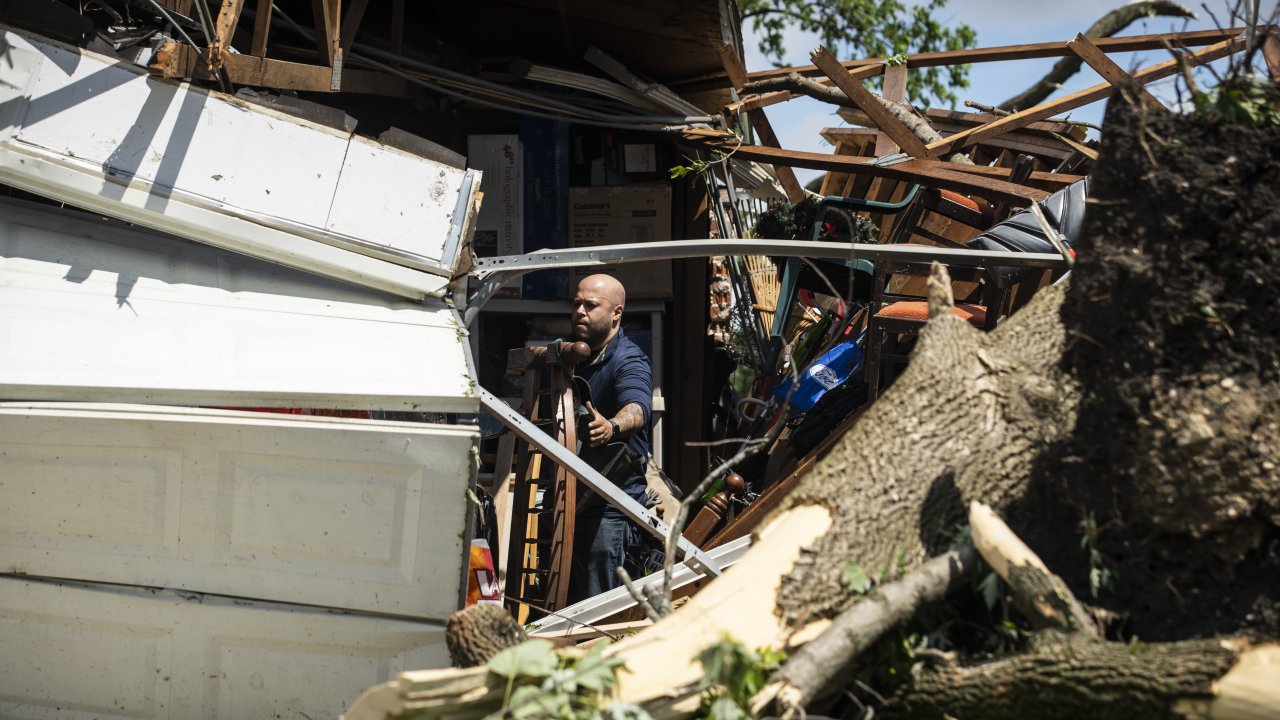 At least five people, including a woman who was in critical condition, were hospitalized in Naperville, where 16 homes were left “uninhabitable" and dozens of other homes were damaged when a tornado touched down after 11 p.m. Sunday, said city spokeswoman Linda LaCloche.

More than 120 other reports of property damage had been received by 5 a.m. Monday in the suburb of 147,500 people that's about 25 miles (40 kilometers) west of Chicago. Those were expected to grow as residents surveyed the damage, she said. About 450 power outages were reported.

“We’re lucky that it wasn’t worse," LaCloche said Monday morning. “We have a lot of utility poles and electrical wires down, and tree damage."

Video showed several large trees downed and damage to homes and vehicles. Some gas leaks were reported in Naperville, and crews went door to door shutting off lines, LaCloche said.

Officials in the nearby village of Woodridge said a tornado damaged at least 100 structures. The village’s fire chief said three people were taken to hospitals, but he could not provide more detail on their injuries during a Monday press conference.

“It was a nighttime event, a lot of people were sleeping, weren’t aware of what was going on,” he said. “The early warning got people to shelter. And the fact that there’s only three people injured and the amount of devastation that’s in the community, it’s just amazing."