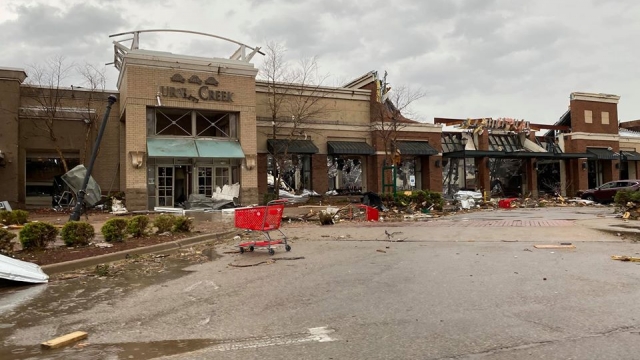 A tornado in Jonesboro, Arkansas has left 22 injured and buildings severely damaged.

According to the National Weather Service, the tornado touched down Saturday evening with winds hitting 74 miles an hour. Local authorities say it left "three miles of nothing but destruction" as a result.

Video shows the tornado on the ground and sweeping up debris. A local mall was especially hard hit with wind ripping off storefronts. Officials say there were fewer injuries than might be expected because the mall was closed due to the coronavirus.

Local reports say the tornado may have been on the ground for at least an hour. Rescue teams say there have been no reported fatalities and all of the injured are expected to fully recover.