Tornadoes Are Changing, But It's Still Hard To Say Why 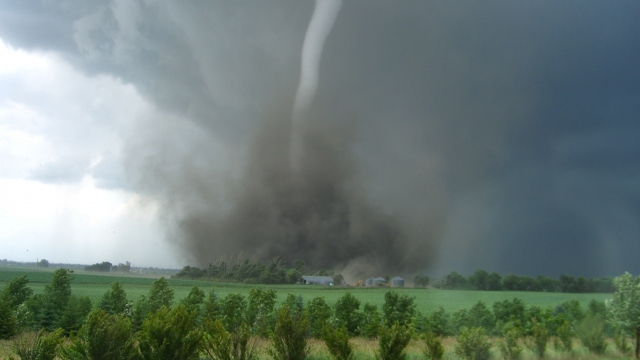 SMS
Tornadoes Are Changing, But It's Still Hard To Say Why
By Evan Thomas
By Evan Thomas
March 4, 2019
Where and when tornadoes occur is changing, and scientists haven't found a good explanation yet.
SHOW TRANSCRIPT

For all their ferocity, tornadoes in the U.S. tend to be brief and unpredictable. Now, more are touching down where they used to be rare, and they're arriving in groups instead of one at a time — and so far, scientists can't say exactly why.

The Plains states that make up the traditional Tornado Alley still see most of the country's tornadoes. But in recent years, tornadoes have grown more frequent in the Midwest and Southeast, too.

It's also less likely that you'll see a day with a single tornado and more likely that multiple tornadoes will touch down in the same region on the same day or days. The storms in these outbreaks are often more severe, too.

Experts still can't say for sure how much of this new behavior is due to climate change. They're still getting mixed signals. The shift in where storms happen is consistent with a warmer overall climate, for example, but climate change models didn't anticipate more and stronger storms in shorter periods.

On top of that, tornadoes are simply tough to forecast or fit to patterns to begin with. They spawn in seconds and often vanish just as quickly. 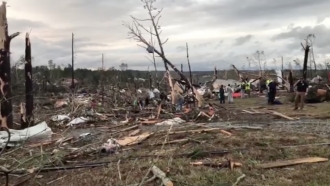 Scientists agree we need more information because as tornado behavior changes, so does the risk they present to the landscape. Cities are growing and development is increasing, which is one of the few things we know for sure could make tornadoes more dangerous.