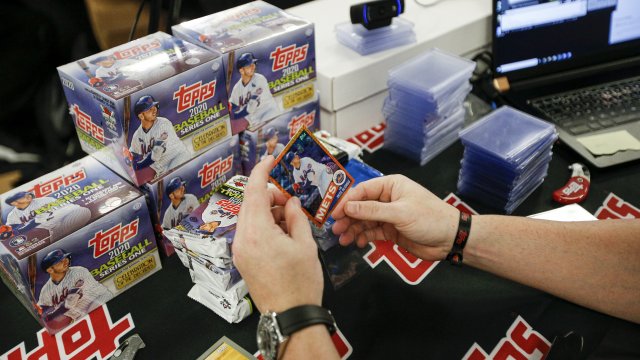 Former Disney CEO Michael Eisner is trading cartoons for trading cards. He bought Topps in 2007 for $385 million in 2007. Part of the reason for its sky-high valuation of $1.3 billion?

"Perception is reality," said Jeremy Born, co-founder of NFT Genius. "I’m looking at my card and I can hide a clue in it, there’s a treasure hunt. You dive into it via AR, in VR you can dive into the whole world and a new experience... From an experience standpoint, you get 100% more than a physical card."

Business is booming for physical cards, too.

The IPO is planned for later this year.