Top White House Economist Is Preparing To Step Down 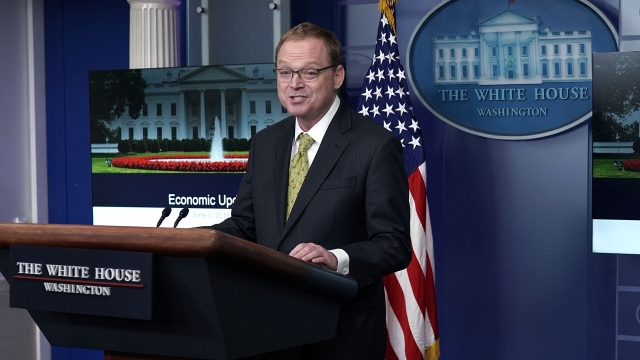 SMS
Top White House Economist Is Preparing To Step Down
By Katherine Biek
By Katherine Biek
June 3, 2019
Kevin Hassett says his upcoming departure is not related to the trade situations with China or Mexico.
SHOW TRANSCRIPT

The top economist at the White House is preparing to step down from his post.

President Donald Trump announced Kevin Hassett's upcoming departure from the administration on Twitter Sunday, calling him "a true friend." Hassett's served as the chairman of the White House Council of Economic Advisers since fall 2017.

Despite the timing of the staffing change-up, Hassett told CNBC that his departure is not related to the trade war with China or the president's plan to impose tariffs on Mexico over immigration.

He instead characterized his almost two-year term with the CEA as "very normal," saying, "I think the longer you stay in the White House, the closer you get with everyone in the West Wing, the harder it might get to remain objective."

Hassett said he'll officially step down as chairman at the end of June. President Trump is currently in the U.K. for a state visit. But he said he'd announce Hassett's replacement after he returns to the U.S.