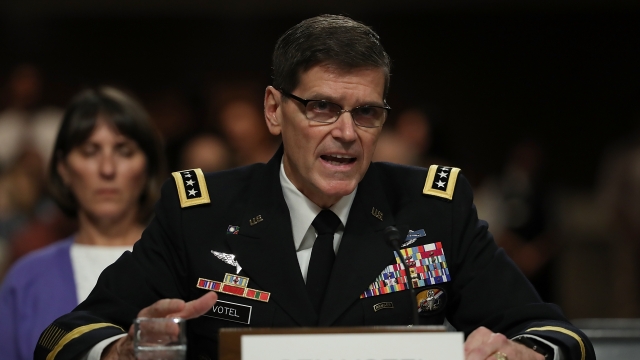 SMS
Top US General Says He Wasn't On Board With Syria Troop Withdrawal
By Briana Koeneman
By Briana Koeneman
February 15, 2019
The head of U.S. Central Command says he wouldn't have advised the move and that "continued military pressure" is necessary in the region.
SHOW TRANSCRIPT

"I would not have made that suggestion, frankly," General Joseph Votel said.

The top U.S. commander in the Middle East says he disagreed with President Donald Trump's decision to pull American troops out of Syria.

"It would not have been my military advice at that particular time," Votel told CNN Friday.

But Votel warned that the fight against ISIS in the region is far from over, and said the U.S.' "continued military pressure" is needed to bring down the terror group.