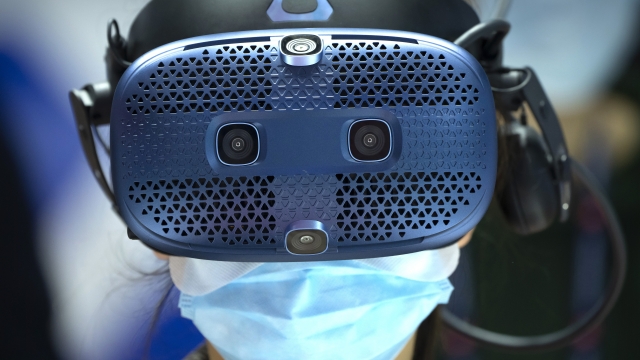 SMS
Top Tech Trends of 2021
By Jason Bellini
By Jason Bellini
December 29, 2021
We've seen huge advancements this year in everything from robots to artificial intelligence, driverless vehicles, cryptocurrency and more.

2021 has been another major year for tech and one that may be remembered most for what we learned about the social impact of social media. It was also a year of advancements that will shape the future. 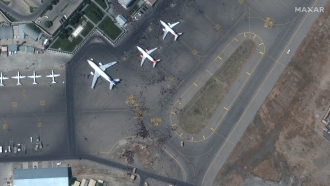 In Review: A Satellite View Of The Year's Biggest Moments

Let's start with robots, which are now frying steaks and scrambling eggs for us. A British robotics company began selling its robotic chef this year for a mere $300,000.

That price tag is out of reach for most of us but its an example of how human hands are becoming ever more robotically replaceable.

As Forbes magazine recently put it: "The great resignation is fueling next-generation automation."

By September, robot purchases were up 37% over the year before. Meanwhile, robots in 2021 made low-income workers more vulnerable to tech taking their jobs.

Self-driving trucks took to the highways. In September, FedEx began a pilot program on the 500-mile round trip route between Dallas and Houston.

Waymo — a subsidiary of Google's parent company Alphabet — started offering free rides in its autonomous taxis to a select group of San Franciscans. The plan is to eventually bring the city completely driverless service, as it began doing last year in Tempe, Arizona.

Lyft announced this year that Las Vegas would be the first city in 2023 to offer fully driverless ride-hail services. Uber also said it was partnering with a self-driving car company to begin offering autonomous Uber Eats deliveries next year in Santa Monica, California.

As for our personal vehicles driving themselves, it could be a long road ahead. There will be deadly accidents involving these vehicles and they'll force us to decide whether to extend to them the same forgiveness we do to humans or apply the breaks. 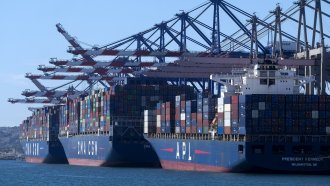 This year we also learned what blockchain can do for us beyond cryptocurrrencies — which surpassed $3 trillion in total value in 2021.

Blockchains are decentralized, digital ledgers. They're used to register NFTs — or non-fungible tokens — that can be used to record ownership of an asset. Collins English Dictionary named NFT its word of the year, a year in which one digital artwork NFT sold at auction for $69 million.

However, blockchain enables cryptocurrencies that are the currency of dark web illicit purchases. The digital mining of crypto also consumes more energy than that of entire countries.

Finally, social media connected millions more people around the world. From just before the pandemic until now, nearly all the major players in the industry have seen double-digit growth in monthly active users.

In 2021, TikTok led the pack, hitting the 1 billion users mark in September. These platforms offer us fun, free tools that enable anyone to be a video content creator, but TikTok users have also inspired criminal acts.

Responding to a TikTok "challenge," students around the U.S. recorded themselves damaging school property. In mid-December, a TikTok trend warned of school violence, prompting school closures across the country.

2021 will likely be remembered as the year we learned what social media is doing to us as a society. Frances Haugen — former Facebook employee turned whistleblower — brought to light Facebook's own researchers had discovered its platform was fueling violence and damaging young people's mental health.

"It's about Facebook choosing to grow at all costs," Haugen said.

Facebook's founder, Mark Zuckerberg, responded to her claim that his company puts profits over people's safety, saying that's "just not true" and at the end of October, changing the subject and rebranding his company as Meta. He said his company is creating a virtual digital world for called the metaverse.

Meta spent $10 billion on its construction this year alone, but it's in the years to come that we'll learn what the metaverse will actually do for us and to us.