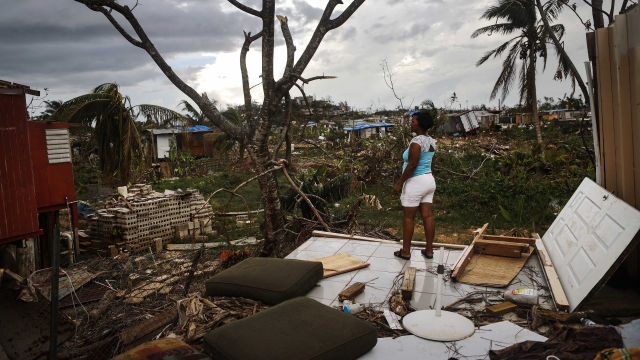 After months of stalled negotiations over a disaster aid package, top Senate Republicans are pushing for a resolution.

According to several reports, GOP senators discussed the issue during a private lunch with Vice President Mike Pence Tuesday.

Multiple senators said the vice president indicated that the White House wants to work with Democrats to get the multi-billion-dollar package to President Donald Trump for his signature.

And he's not the only one. Senate Majority Leader Mitch McConnell told reporters Tuesday he's aiming to pass the package before the Memorial Day recess, adding: "There's no excuse to politicize this situation."

Lawmakers have been at odds over how much funding should be given to Puerto Rico, which was hit by two hurricanes in 2017.

But the pressure to get something on the books has mounted in recent weeks as the Midwest battles major flooding for the second time this year.