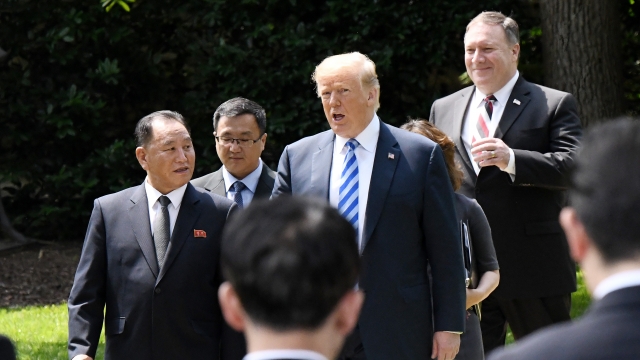 A North Korean envoy has arrived in Washington D.C. for expected talks with Secretary of State Mike Pompeo.

The envoy's arrival comes after President Trump announced his administration's long-awaited Missile Defense Review. The review specifically focuses on intercepting enemy missiles and calls out concerns about North Korea's advancing capabilities. As CNN points out, this seemingly goes against the president's claims that Pyongyang is no longer a nuclear threat.

News of impending high-level talks came after President Trump reportedly sent a letter to Kim last weekend. The North Korean official visited the U.S. last year to meet with Pompeo and the president shortly before the first summit meeting in Singapore last June. Although the meeting ended with a pledge to denuclearize the Korean peninsula, talks have since stalled over sanctions. North Korea wants those sanctions lifted as a goodwill gesture, but the Trump administration said it will only lift sanctions once the country completely denuclearizes.