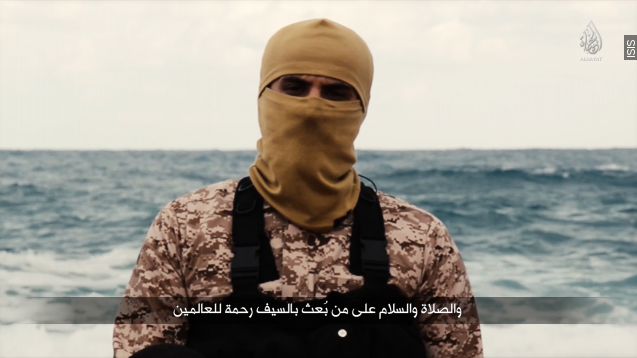 Abu Nabil, a senior leader of ISIS' presence in Libya, is now presumed dead by Pentagon officials after a U.S. airstrike.

Nabil is believed to be one of several people present at a small compound outside the city of Derna which was bombed by two F-15 jets late Friday. Officials haven't been able to confirm the strike's results, but say Nabil was likely killed by the attack.

A former Al Qaeda official, Nabil was sent to Libya in 2014 to build up the group's presence in the region. He's believed to have appeared in the infamous execution video showing the beheading of 21 Egyptian Coptic Christians back in February.

The U.S. has targeted terrorists in Libya before, but Friday's strike marks the first time the U.S. has gone after ISIS leaders in the country. Pentagon spokesman Peter Cook says the strike "demonstrates we will go after ISIL leaders wherever they operate."

The Pentagon stresses Friday's operation was planned in advance of Friday's terrorist attacks in Paris, and was not connected to those attacks.