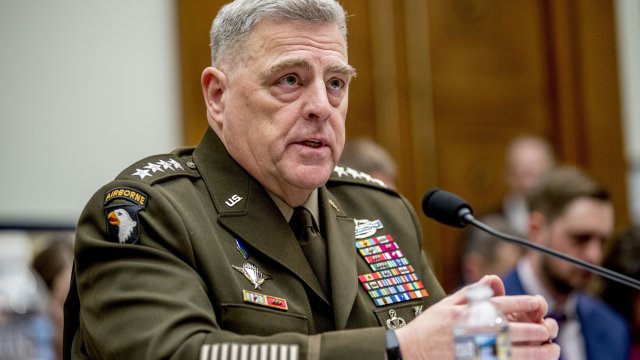 The head of U.S. armed forces said the military won't be participating in any measures related to the November election.

In comments released Friday, chairman of the Joint Chiefs of Staff and Gen. Mark Milley said the military must remain "apolitical" — adding it will neither monitor any election nor act to enforce the results.

“In the event of a dispute over some aspect of the elections, by law U.S. courts and the U.S. Congress are required to resolve any disputes, not the U.S. military. I foresee no role for the U.S armed forces in this process.”

Milley's statements come as President Trump has repeatedly said, without evidence, that a  higher rate of mail-in voting will lead to fraudulent voting. The president said he's "not going to just say yes" if he'd accept the election results, saying he would "have to see."

This is leading to political speculation over whether the president would relinquish his office should he lose. Democratic challenger Joe Biden suggested on The Daily Show in June that, if such a thing happened, the military Joint Chiefs of Staff would show him the door and (quote) "escort him from the White House with great dispatch."

The military has historically declared its political independence, pledging its allegiance only to the Constitution and national defense.