'Top Gear' Hosts Hope For A Comeback With Their New Show 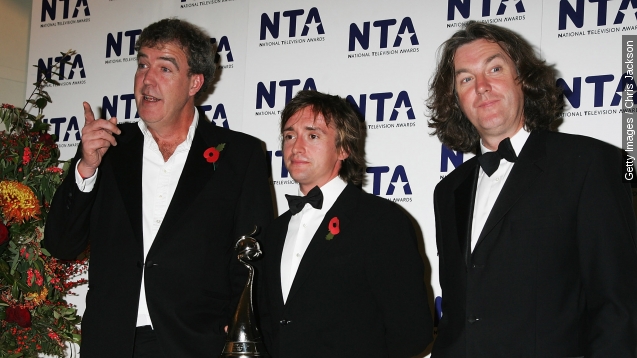 If you're not hip to English culture, you might miss out on the play on words there. While a gear knob refers to the rounded part at the top of the gear shift, knob is also slang for penis.

Clarkson, along with longtime cohorts James May and Richard Hammond, will team up once again to bring viewers the latest in the automotive world.

The group last worked together on "Top Gear," which they had hosted since 2002. It was one of BBC's most successful shows.

The show came to a crashing halt earlier this year after presenter Jeremy Clarkson punched the show's producer in the face following a day of filming.

The team says it's confident this new show will quickly gain as much popularity as "Top Gear."

The trio has a big budget and big plans for the show. Hammond told The Times, "There's a lot to be done because we will reinvent, do new stuff, and that's as invigorating as it gets. So what a fantastic challenge."

No word on when the new show might debut.