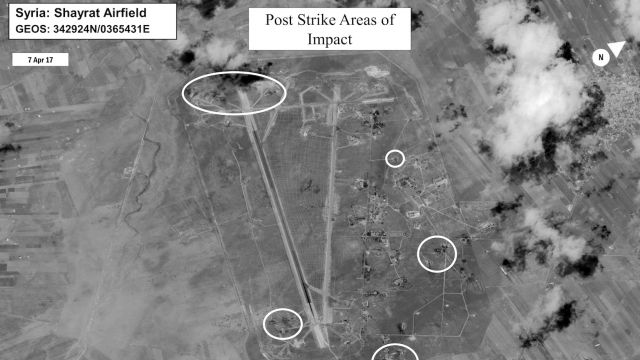 SMS
Hawkish Democrats Find Common Ground With Trump Over Missile Strikes
By Jake Jones
By Jake Jones
April 8, 2017
The Trump administration's decision to conduct missile strikes on a Syrian air base has received support from both sides of the aisle.
SHOW TRANSCRIPT

The Trump administration's missile strikes in response to a chemical weapons attack in Syria have received support from both political parties back home.

That's because nearly all Republican lawmakers — and some Democrats — blame the Obama administration's "red line" policy for enabling Syria to keep using chemical weapons in the country's long and bloody civil war.

When reports of chemical attacks in Syria first surfaced, former President Barack Obama said the use of those weapons would invoke a U.S. response. But his administration ultimately insisted on diplomacy over force and instead came to a highly criticized deal with Russia that aimed to destroy Syria's chemical weapon stockpile.

And now, even Republican lawmakers who wanted Obama to ask for congressional approval before attacking are backing President Donald Trump's decision to act first.

Libertarian-minded Republican Sen. Rand Paul was one of the few conservatives who opposed the strikes. He raised concerns over the repercussions and the constitutionality of a president ordering them without Congress' approval. 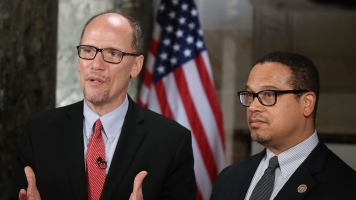 After A Rough 2016, Democrats Are Cleaning House

On the other side of the aisle, Democratic leaders and top Trump critics Nancy Pelosi and Chuck Schumer both released statements in support of the strikes, but they also pushed back by saying Trump should run his plan by Congress before any more military escalation.

That's not to say there aren't dissenting Democrats. Multiple progressive organizations are mobilizing to replace Democrats in Congress who supported the strikes.

But even Hillary Clinton called for the U.S. to "take out" Syrian President Bashar al-Assad's airfields. And thought some Democrats have criticized her hawkishness toward Syria and Assad in the past, she also mentioned Trump's policy, saying, "We cannot speak in one breath of protecting Syrian babies and in the next close American doors to them."