Top 3 Outrageous Gifts You Can Purchase For Dad This Year 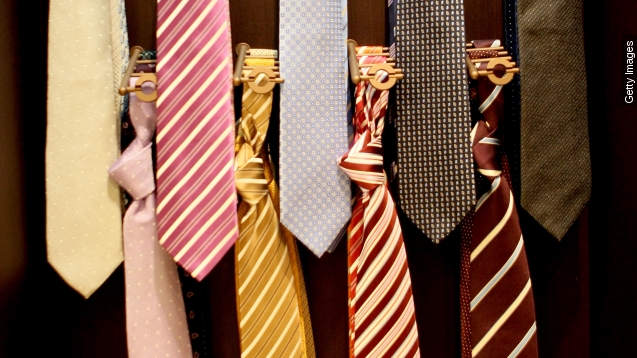 SMS
Top 3 Outrageous Gifts You Can Purchase For Dad This Year
By Katherine Biek
By Katherine Biek
June 20, 2015
This year, why don't you take those stereotypical Father's Day gifts and give them a bit of an upgrade?
SHOW TRANSCRIPT

Head's up: You have less than 24 hours to get your dad a gift for Father's Day. And let's be honest, finding a gift for dad is a lot harder than finding one for mom. So since we helped you all out with some outrageous gifts for her, we felt it was our civic duty to help you out with dad, too.

Let's start with one of the most stereotypical Father's Day gifts of all: the tie.

Now we aren't saying don't give your dad a tie. We're actually saying give him multiple. A lot.

At least enough to beat this guy who told the Chattanooga Times Free Press back in 2013 that he owns around 60,000 ties.

That would allow your dad to never again have to wear the same tie twice for more than 164 years.

Next, what about tickets to a sports game? The National Retail Federation found that almost 44 percent of Americans will purchase an experience item like this for their dad.

We had to turn to Kim Kardashian for help with taking a sports gift over the top.

She actually rented out the Staples Center, where the Lakers play, so her husband, Kanye West, could play a pickup game of basketball on his birthday.

Russell Westbrook, John Wall, 2 Chainz and Justin Bieber were all part of the teams for that celeb-filled birthday game.

So if you do choose to go this route, it'd be a bonus if your dad has some athletic friends.

And finally: a grill. But don't buy him a typical gas grill this year. (Video via Weber Grills)

Instead, what about a grill that also acts like a boat? It's called the Barbecue Dining Boat. It'll allow your dad and nine of his closest friends to have a cookout while out on the water.