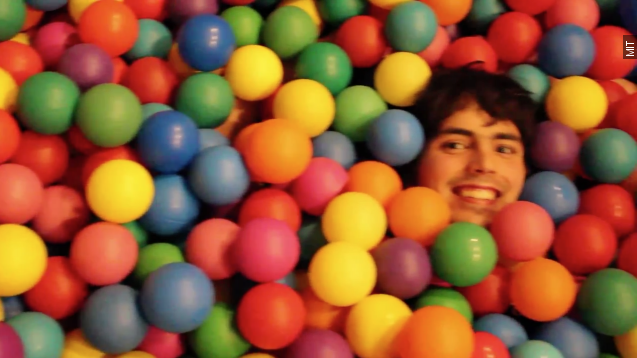 SMS
Top 3 Outrageous Amenities Colleges Have To Offer
By Katherine Biek
By Katherine Biek
May 16, 2015
It's time for high school seniors to be getting serious about choosing a college, so here's some things they should consider when looking around.
SHOW TRANSCRIPT

For many, school is out for the summer and for soon-to-be high school seniors, it's time to start getting serious about choosing which colleges you want to apply to. Now, there's lots of ways to narrow that list down and one is by what kind of amenities the university has. Because come on, the more outrageous the better, right?

You know you're going to want to be able to relax while on campus, so what better way to do so then by chilling out in a lazy river? (Video via TouringPlans.com)

Louisiana State University is currently building a 536 foot "leisure pool" as part of a big expansion to its recreation facilities.

It's really pushing the school spirit hard — when its complete the river will be in the shape of its nickname: LSU.

If going to school down in the bayou isn't your thing, though, plenty of other schools have lazy rivers, too.

Like Texas Tech University and the University of Missouri. Even an apartment complex near Arizona State University has one.

And what about a ball pit? MIT has one of those. In one of its dorms.  (Video via Massachusetts Institute of Technology)

And schools like Harvard and Yale have come up with a sure-fire way to make their students feel better: puppies!

Like this Shih Tzu named Cooper, who's available for playtime at Harvard Medical School's library. (Video via The Harvard Crimson)

According to Bloomberg, Cooper's owner says, "He enjoys fetching his squeaky toys and stuffed animals ... Should you have a good cry or even feign a whimper near Coop, you are guaranteed to get lots of kisses."

This video contains music from BOPD / CC BY 3.0.