Top 3 Most Ridiculous Things About Coachella 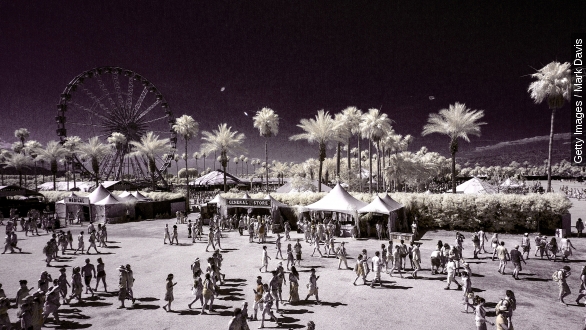 It's that time of year again. The time when the Coachella music festival completely takes over all your news and social media feeds. It really is a complete take over and it can sometimes be down right ridiculous. Just saying.

The first exasperating part of Coachella is the crowds. Look at all those people!  (Video via Coachella)

And the lineup for this year is definitely going to bring in a crowd. AC/DC, FKA Twigs and Drake are all performing. (Video via J. Albert & Son (Pty) Ltd. / AC/DC)

Second, we just have to talk about the fashion scene at Coachella.

Even better, if you happen to forget that one shirt you really wanted to wear, or realize that you totally don't own enough floral headbands and fringe, Forbes says REVOLVE clothing will be making same-day deliveries to Coachella Valley both weekends.

And finally, the most ridiculous part about Coachella is all the people who complain that they didn't have any cell service.

This video contains Getty Images and music from Broke For Free / CC BY 3.0.