Top 3 Famous (And Infamous) Homes Currently Up For Sale 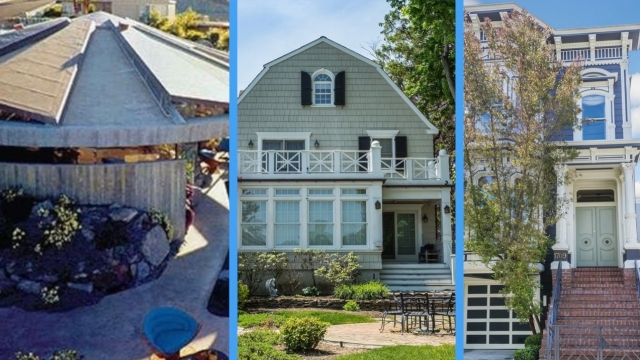 SMS
Top 3 Famous (And Infamous) Homes Currently Up For Sale

Houses go up for sale all the time. But it's not every day a well-known piece of property — whether it's known from movies or the news — gets put on the market. Lucky for us, though, three such famous homes are in need of a new owner.

First is what's known as the Elrod House in Palm Springs, California.

The name might not sound familiar, but if you're a James Bond fan, this living room ceiling might jog your memory.

The house was used in 1971's "Diamonds Are Forever." Fans might know it best as the scene where Bond got his butt kicked by two women wearing bikinis.

Besides the circular living room, the home — which is called a "monumental, world famous residential sculpture" in its listing — has just four other rooms.

The property is currently listed for $8 million.

Next is what's infamously become known as the "Amityville Horror" house in New York.

The home has a scary backstory. More than 40 years ago, the DeFeo family was living in it. Ronald DeFeo Jr. killed his parents and four siblings while they were sleeping one night.

The next couple to move into the home claimed it was possessed. Their story was turned into a book titled "The Amityville Horror."

The home has had several other owners since — none of whom reported witnessing anything supernatural. The five-bedroom property has also been significantly updated both on the outside and inside since the DeFeo family murders.

Finally, this Victorian-style home in San Francisco might take you back to your childhood, especially if you grew up watching "Full House."

The home is no longer white and doesn't have a red door, but it was used as the exterior of the Tanner home in both "Full House" and Netflix's "Fuller House."

The inside of the Tanner home was built on a Warner Bros. sound stage, so don't expect the San Francisco home's interior to look anything like the TV one.

The house, which was built more than a century ago, is listed for just over $4 million.