Top 3 Expensive Things To Start Saving For This Week 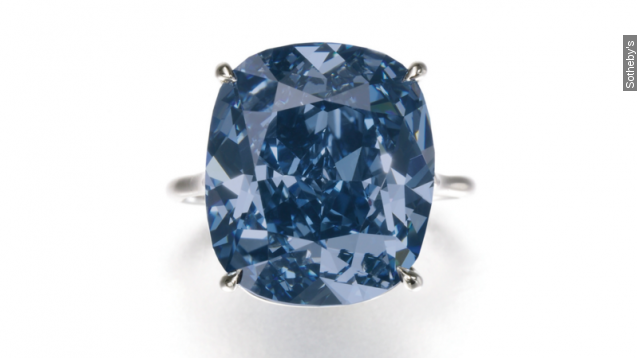 SMS
Top 3 Expensive Things To Start Saving For This Week
By Katherine Biek
By Katherine Biek
November 7, 2015
With the price of Girl Scout cookies rising and $55 million diamonds going up for auction, we all need to start saving our money now.
SHOW TRANSCRIPT

We're ramping up to the time of year that seems to be encompassed with gift-giving holidays. Thankfully, this week gave us plenty of gift ideas for our friends and family. But why are we talking about giving gifts almost two months early? We wanted to give you plenty of time to start saving up.

A local chapter in Massachusetts as well as two in California are increasing the price of the cookies they sell from $4 to $5.

Despite the fact it's a 25 percent hike, the higher cost for a box of Thin Mints or Samoas will allow Girl Scout troops in those areas to receive an average of 90 cents per box. They were making 62 cents per box with the $4 price.

Next, you could purchase an old sweater.

But this isn't just any old sweater. It's the one worn by Nirvana frontman Kurt Cobain during the band's 1993 appearance on "MTV Unplugged." (Video via Geffen Records / Nirvana)

The green sweater is being auctioned off by Julien's Live on Saturday.

It's not exactly in the best shape, though. Its description says it's missing a button and there's a burn hole near one of the pockets. Despite all this, though, the sweater is expected to go for as much as $60,000.

If the sweater isn't your thing, but you're still a huge Cobain fan, a lock of his hair is also being auctioned off.

And finally, if you're planning to win the lottery in the next few days, you could bid for this gem. (Video via Sotheby's)

The diamond is called "The Blue Moon" and it weighs 12.03 carats.

According to Sotheby's, the diamond was discovered in a South African mine in January 2014. The gemstone has since been cleaned up and made into a ring.

If the lucky winner does pay that much, it'll be a new record for blue diamonds. The most ever paid for one was $32.6 million in 2014 for a pear-shaped diamond pendant, according to Forbes.