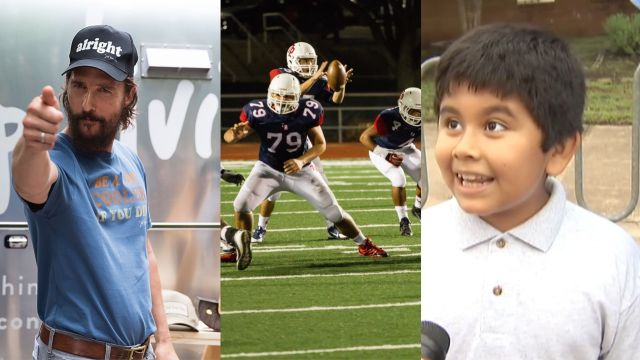 We are thankfully no longer in school. But there is something about this time of year that makes us a bit nostalgic for the classroom. And this week's news only made us yearn for it more.

School wouldn't be what it is without the teachers, and apparently Matthew McConaughey is teaching a class at The University of Texas at Austin.

McConaughey and the director behind the movie "Free State of Jones" are leading a class called "Advanced Producing: Script to Screen."

The school's Moody College of Communication tweeted out proof McConaughey is actually teaching the class in person, but the Austin American-Statesman says the actor is expected to mostly teach through recorded videos.

Next, you can still enjoy the Friday night lights, even when you're not in the stands. Snapchat is introducing new geofilters for high school sports.

Now, when people attend games they'll be able to snap a pic and choose a filter that automatically shows viewers the real-time score of the game.

Finally, one pint-sized student made us remember how excited we used to get about going to school.

"Why are you so excited?" a KTBC reporter asked.