Top 3 Amusing Things We Learned From Studies This Week 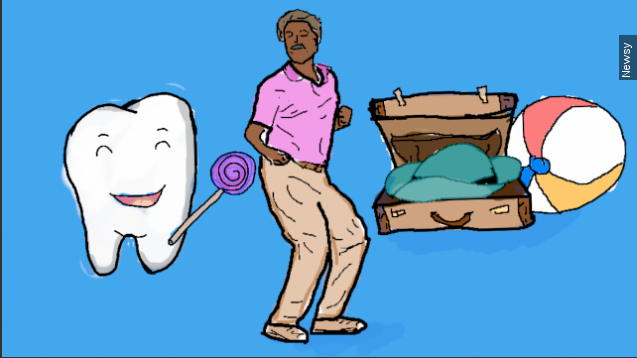 SMS
Top 3 Amusing Things We Learned From Studies This Week
By Katherine Biek
By Katherine Biek
July 25, 2015
Here are some of the best things we learned this week: liking sweets is genetic, how to have the perfect vacation and dancing dads are embarrassing.
SHOW TRANSCRIPT

Often, when we think of studies, our minds automatically go to more serious topics, like medical breakthroughs or technology. But this week, some of the studies released were a bit more on the lighthearted part of the spectrum. They were even — dare we say — fun.

First, have a sweet tooth? You can blame your family for that one.

Researchers discovered there's actually a gene that affects how sweet a person thinks something tastes.

To come to this conclusion, they had about 250 pairs of identical twins, 450 pairs of fraternal twins, and just over 500 unpaired individuals test four different types of sugar — two were natural and two were synthetic sweeteners.

Turns out, genes account for a 30 percent of "person-to-person variance in sweet taste perception."

"Researchers say some people are born with an inability to process sweets normally. So they need more than others to satisfy their urge," NBC's Matt Lauer reported.

Next, striving for the perfect vacation?

We've got you covered. Researchers in Finland studied 54 people who went on vacation for an average of 23 days and came up with this fun tip.

Another tip: Go somewhere new. A psychiatrist told The Wall Street Journal, "Once we've already seen somewhere we're not necessarily absorbing what's new about it. People who always go to the same place will often sort of start to have memories blur."

Finally, want to know the best way to embarrass your kids? Apparently, if you're a dad, all you have to do is dance.

The Thorpe Park Resort in the U.K. spoke with around 2,000 people to discover what caused their children discomfort.

Besides dads dancing, it was revealed that moms dancing, parents trying to use "youthful lingo," and telling stories from their kids' childhoods all made children want to run and hide. (Video via NBC / "The Tonight Show")

The Telegraph spoke to a psychologist to try to help bridge the gap between these types of parents and their embarrassed offspring.

Her advice for parents is, "Try to remember how embarrassing your own parents were and then vow not to repeat the cycle." While she wants to tell kids, "Imitation is the sincerest form of flattery and copying you is their way of demonstrating how proud of you they are."