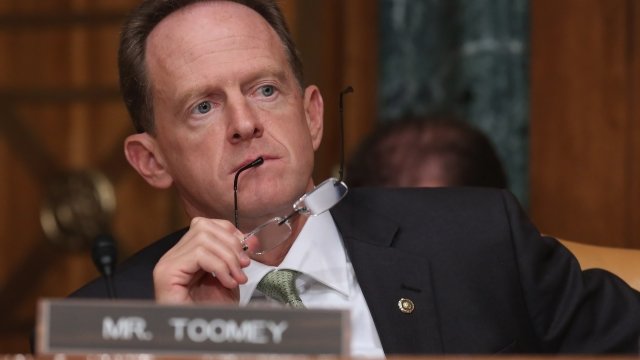 A trade deal between the U.S. and Mexico, but not Canada, would likely struggle to pass through Congress, according to at least one Republican senator.

Toomey said any new deal would need to include Canada in order for the legislation to pass with only 51 Senate votes, the so-called "fast track" under trade promotion authority laws. Otherwise the deal would need 60 votes, meaning multiple Democrats would have to support it.

That's because the Trump administration already notified Congress it was negotiating a three-way deal with Mexico and Canada. If Canada won't come on board, the administration would have to get Congress' approval for a new, two-party deal to keep the fast-track option open, and CNBC reports that process would take months.

Canadian Foreign Minister Chrystia Freeland arrived in Washington on Tuesday to take part in the negotiations. Trump has set a deadline of this Friday to send a deal to Congress, with or without Canada.