Tony Stewart Involved In Fatal Collision With Other Driver 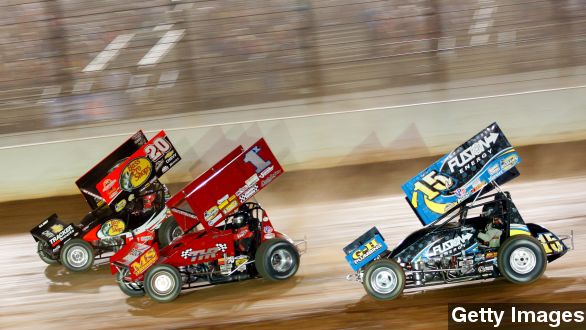 SMS
Tony Stewart Involved In Fatal Collision With Other Driver

By Evan Thomas
August 10, 2014
Sprint car racer Kevin Ward, Jr., has died after getting out of his vehicle and being struck by Tony Stewart's car during a race in upstate New York.
SHOW TRANSCRIPT

Ward and Stewart collided during the race. Video from the course shows Ward then left his vehicle and was struck by Stewart's car.

“According to Ontario County, New York, Sheriff Phil Novero, the driver was then taken to the hospital, where he was pronounced dead.” (Video via CNN)

Social media and some news sites were quickly flooded with posts speculating that the collision was intentional, but analysts are calling on the public to avoid drawing conclusions just yet.  A headline on NBC’s sports blog urges, “Let the experts do their jobs.”

And commentators point out that until authorities can investigate, most of what we know comes from a single video.

"My reading of it is it's not so clear at all, it's not at all clear what happened."

"Right, and the fact that it was dark. We should be clear. Look how dark it was. It's a dirt track, he's wearing a black suit."

Local authorities told USA Today “Stewart ... was ‘fully cooperative’ and that the incident is not being investigated as a criminal matter.”

Stewart was expected to race at Watkins Glen International on Sunday, with one of his representatives telling USA Today "we're business as usual."

Though, hours later the team changed it's mind and announced Stewart would not race. Regan Smith will take his place.