Tony Gwynn's Family Is Filing A Lawsuit Against The Tobacco Industry 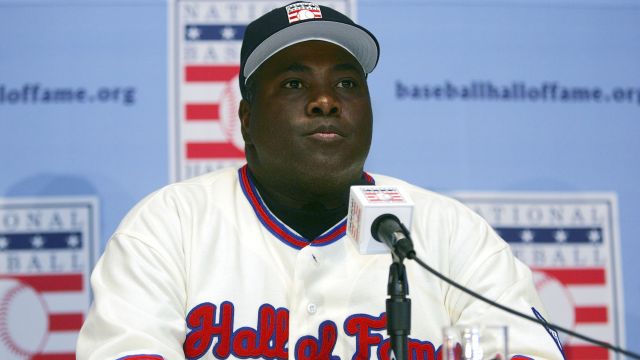 SMS
Tony Gwynn's Family Is Filing A Lawsuit Against The Tobacco Industry
By Matt Moreno
By Matt Moreno
May 24, 2016
The lawsuit filed by Tony Gwynn's family says the MLB legend's two-cans-a-day habit led to his death.
SHOW TRANSCRIPT

Now, his family is filing a wrongful death lawsuit on his behalf, going after the tobacco corporation they say is responsible for the bad habit that led to his early death.

Gwynn died of salivary gland cancer, which he believed was caused by his two-cans-a-day habit.

He supposedly started dipping as a freshman at San Diego State. After retiring from the MLB, he returned to his alma mater to coach.

Gwynn's son, Tony Gwynn Jr., is named as a plaintiff on the suit.

Gwynn Jr. told The New York Times: "The tobacco companies were using his addiction to turn him into their ultimate walking billboard. He never knew it, but they were using him to promote their dip to the next generation of kids and fans who idolized him."

"Just a pinch between my cheek and gums gives me great tobacco taste without lighting up," former NFL running back Earl Campbell said in a commercial for Skoal.

Athletes and the tobacco industry have long been intertwined, especially in the MLB.

"I remember when I first came to the big leagues, there was a whole room full of tobacco. You could walk in and grab it," Red Sox player David Ortiz told ESPN.

An estimated 25 percent of MLB players still use smokeless tobacco, even though citywide bans have outlawed it in some ballparks.

Gwynn's family didn't specify damages in the suit and requested a jury trial.

This video includes clips from KGTV and images from Getty Images.