Democratic Voters Turn Out In Surprising Numbers For Texas Primary 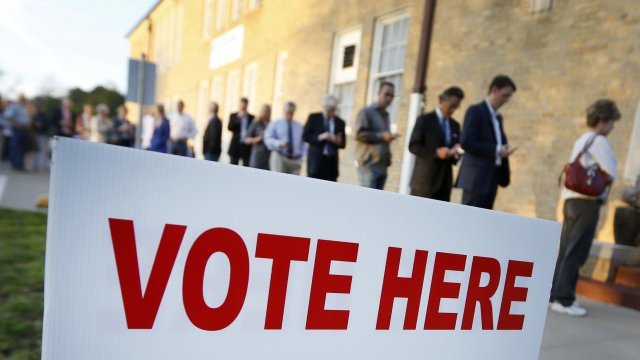 SMS
Democratic Voters Turn Out In Surprising Numbers For Texas Primary
By Katie Cammarata
By Katie Cammarata
March 7, 2018
There were reportedly two Democrats for every three Republican voters at Tuesday's midterm primary in the state — a big change from four years ago.
SHOW TRANSCRIPT

Democratic voter turnout was at a surprising high for Texas' midterm primary Tuesday.

NBC News reports that back in 2014, five Republicans voted for every one Democrat in the gubernatorial primary. But Democrats are closing that gap. Tuesday's primary reportedly got two Democrats for every three Republican voters.

Here's another takeaway from the Texas primary: The state will most likely get its first two Latinas in Congress after Veronica Escobar and Sylvia Garcia both clinched their primary elections.

Illinois will be the next state to have a primary on March 20.