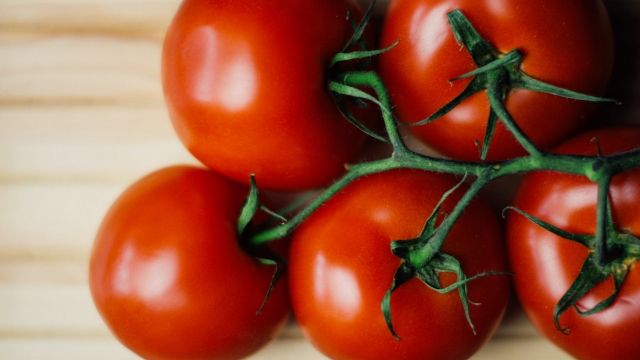 If you're one of those people who keeps tomatoes in the fridge, you might want to stop.

That is, unless you like them nice and tasteless.

According to a new study from the University of Florida, chilling tomatoes in the refrigerator might make them last longer, but it "greatly reduces flavor quality."

Why? Storing tomatoes below 54 degrees prevents their genes from making the substances that give tomatoes their trademark flavor.

And once those genes are turned off, you can't get that flavor back. At least, not all of it.

This can happen in your refrigerator at home or even in cold storage after the tomatoes have been harvested.

The study's lead author explains that the process is like taking instruments out of an orchestra.

He told The New York Times in an email: "Remove the violins and the woodwinds. You still have noise, but it's not the same."

To get these results, researchers stored tomatoes in a chilly environment for about a week and then let them recover in room temperature for a few days before conducting several taste tests.

Scientists are currently looking into developing a method to breed tomatoes that don't lose their flavor in the fridge.

But until then, experts recommend leaving them out on the counter or in a shady spot. On average, tomatoes have a shelf life of about a week at room temperature.

You can read the full study at the Proceedings of the National Academy of Sciences of the United States' website.