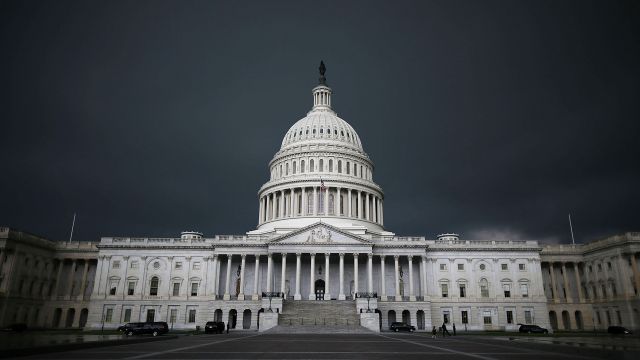 SMS
Investigation Of Congressional Stock Trades Shows Sweeping Conflicts
By James Packard
By James Packard
May 15, 2017
Apparently Tom Price was just the tip of the iceberg when it comes to Congress members mixing legislation and investments.
SHOW TRANSCRIPT

Just as then-Health and Human Services secretary nominee Tom Price was getting grilled for his Wall Street investments, his congressional colleagues were getting in on shares for one of the exact same companies that got him heat.

Politico reports that Colorado Rep. Doug Lamborn bought shares in Innate Immunotherapeutics the same day that Price was getting flak from Democrats for investing in the company.

Three more members of Congress bought stock in the company over the next two days.

But that behavior is just a sliver of a broader trend in Congress. Senators and representatives often buy and share stocks in companies that their own legislation affects. 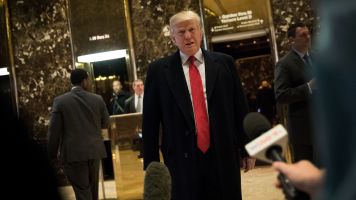 Did Trump Sell All Of His Stock?

In 2012, Congress passed a bill to try and change that. The Stop Trading on Congressional Knowledge — or STOCK — Act was designed to increase access to Congress members' trading information and prohibited them from insider trading.

But just a year later, Congress quietly rolled back huge parts of the original law, including the part that required public financial disclosures to go into an online database.

So now Politico's statement that 3 in 10 members of Congress made a stock trade over the past two years is harder to verify. And it's easier for Congress members to deny knowing the details of their financial portfolios.

At Price's nomination hearing, Sen. Al Franken said: "Between 1993 and 2012, you were a shareholder of tobacco, of big tobacco companies. ... How do you square reaping personal financial gain from the sales of an addictive product that kills millions of Americans every decade with also voting against measures to reduce the death toll inflicted by tobacco?"

Democratic Sen. Sheldon Whitehouse used a similar dismissal. Politico reports that he bought and sold shares of a biopharmaceutical company in correlation with health care legislation he was working on.

Whitehouse told the outlet the trades were made by his broker without him knowing.