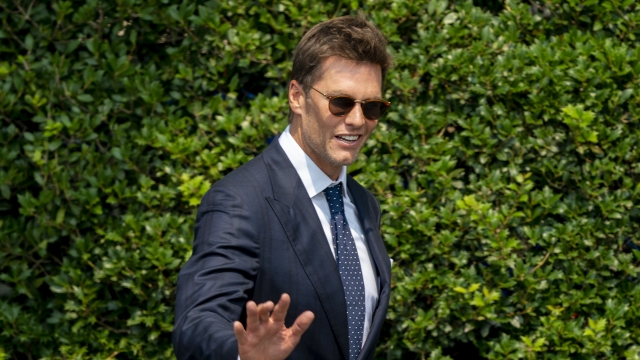 SMS
From Football To Fashion: Tom Brady Unveils New Men's Apparel Brand
By Newsy Staff
By Newsy Staff
January 13, 2022
Bradybrand is marketed for the sports and leisure activity community, with prices ranging from $20 to $495.

"Bradybrand is officially launched," he said in a video on Twitter.

Today’s the day. 3 years in the making. @bradybrand is live! Hit the link to get yours!! https://t.co/BbImNcB9Ij pic.twitter.com/7op2iNGsu7

The brand is meant to be a forward-thinking athleisure line that's similar to his TB12 brand but with more emphasis on catering to the next generation.

Designer Dao Yi-Chow and Jens Grede joined Brady in co-founding the brand, and prices will range from $20 to $495.

While the upcoming NFL playoffs are clearly a top priority for Brady, he's taken a page from his wife Gisele Bündchen — one of the highest-paid models in the world who has launched several of her own clothing lines as well.