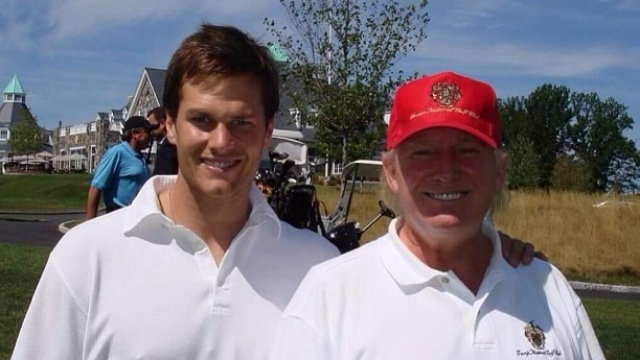 "Tom Brady ... great guy, great guy," Donald Trump said to cheering crowds at a rally in New Hampshire the night before the election.

But Brady really doesn't like being asked about Trump.

Brady said he and Trump are good friends, and Brady seemed to offer his support before the election.

"You think he's got what it takes?" a reporter asked Brady about Trump.

"I hope so. That would be great," Brady replied.

But then Brady took a step back.

"I talked to my wife, and she said I can't talk about politics anymore," Brady said in a press conference in November.

"How would you respond if your kids heard Donald Trump's version of locker room talk?"A reporter asked.

"Thank you, guys. Have a good day," Brady said before he walked away.

Now, Trump's inauguration is over. And Brady really wants folks to stop asking him about the new president.

"Did you call him?" a reporter asked.