AP: Despite Reports, Tom Brady Hasn't Made Decision On Retirement 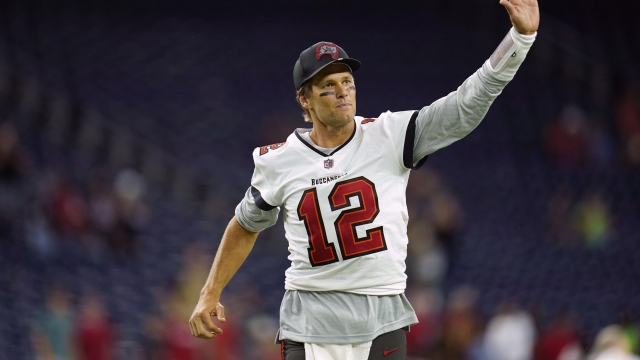 SMS
AP: Despite Reports, Tom Brady Hasn't Made Decision On Retirement
By Associated Press
By Associated Press
January 31, 2022
Following numerous reports that Brady was calling it quits after 22 seasons in the NFL, the 44-year-old is now saying he hasn't made his decision yet.

Despite reports that he is retiring, Tom Brady has told the Tampa Bay Buccaneers he hasn't made up his mind, two people familiar with the details told The Associated Press.

It's unknown when he'll make an announcement, leaving his team guessing and fans hoping for one more run that seems unlikely considering his age and family situation.

A week after leading the Buccaneers back from a 27-3 deficit against the Rams only to watch from the sideline as the defense allowed a game-winning drive, Brady's future took over the NFL landscape one day before a pair of conference championship games.

But TB12sports deleted its tweet, and Brady's agent, Don Yee, said the 44-year-old quarterback would be the only person to accurately express his future.

A seven-time Super Bowl champion and the NFL's career leader in numerous passing categories, Brady is under contract for 2022, but he has cited a desire to spend more time with his wife, supermodel Gisele Bundchen, and his three children.

That post was removed, and Yee released this statement: "I understand the advance speculation about Tom's future. Without getting into the accuracy or inaccuracy of what's being reported, Tom will be the only person to express his plans with complete accuracy. He knows the realities of the football business and planning calendar as well as anybody, so that should be soon."