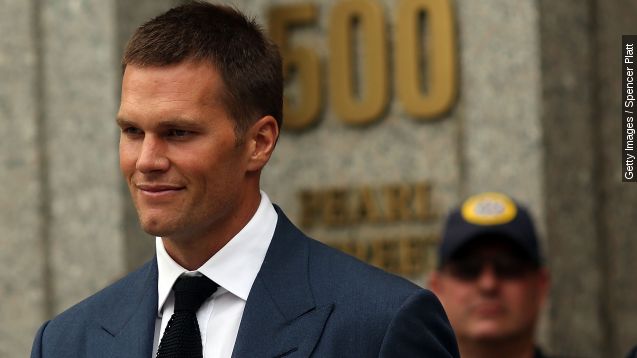 Tom Brady will be the starting quarterback for the New England Patriots on the NFL's opening day after a federal court ruled against the league's suspension.

The NFL originally levied a four-game suspension on Brady for his involvement with Patriots staffers deflating footballs at last season's AFC Championship game. After a failed appeal, arbitration, settlement and more, U.S. District Court Judge Richard Berman was forced to rule on the matter.

Much of the NFL's evidence was circumstantial, and Brady's involvement in it all was a bit unclear. But the fact he refused to hand over his cellphone records — and even destroyed the cellphone — likely factored into his suspension.

The ruling is a huge win for Brady's camp, which originally tried to get the case heard in Minnesota — a much less NFL executive-friendly court. But the NFL filed first, and the case was pulled back to New York City, where many believed the NFL would have the upper hand.

The ruling is another black mark on commissioner Roger Goodell's tenure. He's already been blasted for mishandling domestic abuse suspensions, and the NFL, as a whole, has been accused of not doing enough for former players suffering from concussions. (Video via WAGA)

Still, we can't call this a definite end to the Deflategate saga quite yet. The NFL can still appeal Berman's decision.