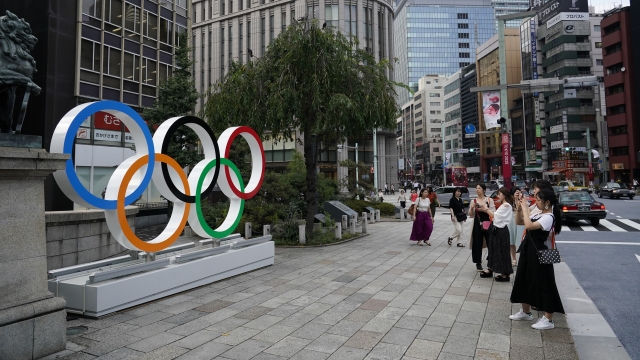 Officials want to have the country's coronavirus pandemic under control so the Olympic Games can take place in 2021.

In order to safely hold the Olympic Games in 2021, the governor of Tokyo is going to work with Japan's prime minister to tackle the coronavirus pandemic.

Those games were originally slated to be held in Tokyo this year. But the spread of COVID-19 prompted Olympic organizers and the Japanese government to make the unprecedented decision to postpone the games until July 2021.

Tokyo's metropolitan government reported 102 new cases of COVID-19 Monday. It's the fifth-straight day the Japanese capital has recorded more than 100 new daily cases and represents the most significant surge in infections seen in Tokyo since the beginning of May.

Tokyo Gov. Yuriko Koike, who was reelected for a second term on Sunday, is now urging the city of 14 million people to avoid unnecessary travel to other prefectures. She's also vowed to set up an administrative group modeled after the CDC in the U.S. to consolidate Tokyo's response to the pandemic.

If all goes as planned, organizers hope to hold a simplified version of the Olympic games in Tokyo next year. The president of the Tokyo Olympic organizing committee has already said the games will be canceled entirely if they can't be held in 2021.

Additional reporting by Mari Yamaguchi of the Associated Press. Contains footage from CNN.