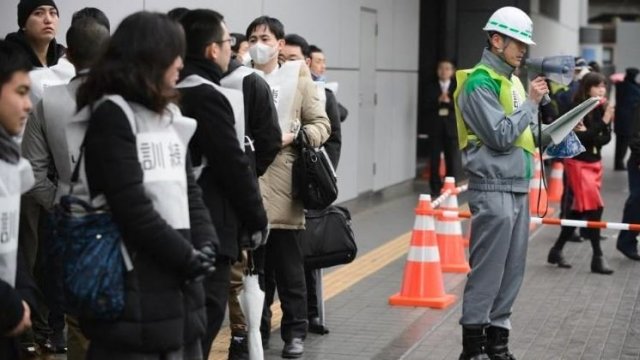 Announcements telling people to get underground were made via text message and over loudspeakers.

Tokyo hosted its first simulated missile attack since World War II, and it happened at an amusement park.

Hundreds of people participated in the drill that ran like an earthquake or tsunami drill. Text messages and loudspeakers told residents to get to predetermined locations. CNN reports the drill took 10 minutes from beginning to end.

Other Japanese cities have completed missile drills in recent months, seemingly in response to the nuclear threat posed by North Korea.

But this latest missile drill comes as North Korea appears to be cooperating with South Korea ahead of the Olympic Games.