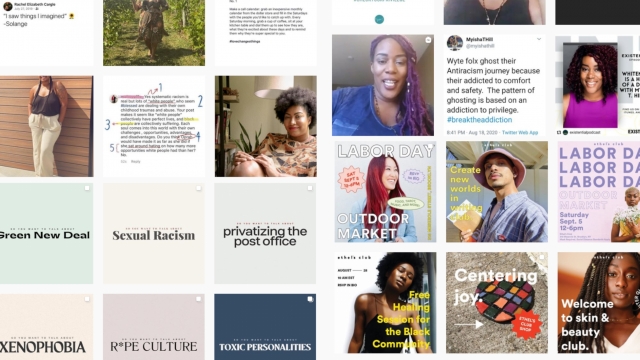 Gen Z and millennials are at the forefront of the conversations surrounding race. And according to a new survey from the youth-focused marketing company Fullscreen, 84% of respondents aged 18-37 said "they are responsible for educating themselves when it comes to race-related issues." Those young audiences also have a clear favorite venue for information.

From text-heavy Twitter threads to minimalistic Instagram slide shows, social media has become an accessible platform for Gen Z and Millennial users looking to learn more about social issues. One account called "So You Want to Talk About" that focuses on social issues from a progressive standpoint jumped from 10,000 to 1.4 million followers since June.

Beyond those newer accounts, younger audiences are also looking to their favorite influencers to drive conversations.

Brown: "The influencers have done a great job building trust with their audiences, therefore, they had the equity to ask these audiences to make that pivot with them."

Roger Goodell: "When that happens. It's really powerful."

Emmanuel Acho: "Did it change you?"

Goodell: "It helped me understand better."

Brown: "There's actually an NFL player, Emmanuel Acho, who has a show called 'Uncomfortable Conversations with a Black Man,' where he broaches formerly taboo topics with guests."

The conversational format of Acho's series highlights an important point for young audiences: as informative as social media can be, it's really just a starting place for unpacking unconscious biases and dismantling racism in society.

And while social media has been used as a tool for social justice activists, it's also worth pointing out the flipside. The Anti-Defamation League notes an explosion in social media being used to radicalize White supremacists and other racists.

Stephanie Caudle, communications expert and CEO of Black Girl Group: "What I'm more concerned about is the conversations you're having offline, like, are you checking your friends whenever they're saying things that are racist? … Are you explaining to them systemic racism? These are the important conversations that you should be having around the dinner table."