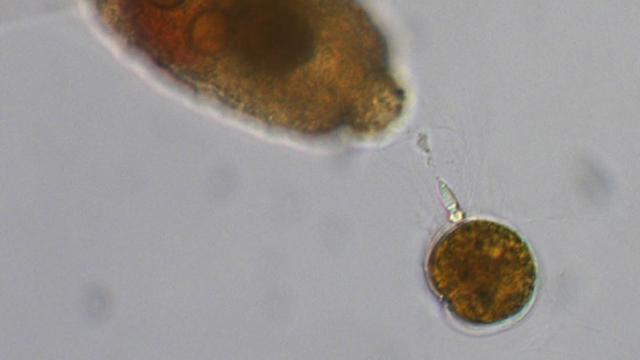 Some single-celled organisms process sunlight for energy. Some slowly absorb prey. But others use biological harpoon guns to spear microbes for lunch.

This is a single-celled plankton. It chases down other plankton and stabs them with a special organ called a nematocyst.

And yes, it works just like a harpoon. Nematocysts use muscle contraction to launch a barbed projectile connected to a thread. Sometimes it's laced with venom, for good measure. 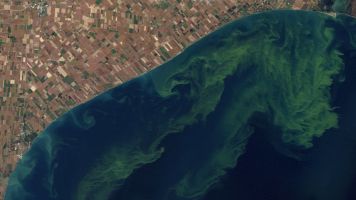 It's the same type of weapon some anemones and jellyfish have, but researchers found the plankton evolved the tool separately from other ocean-dwellers. There wasn't a common ancestor.

And the tiny creatures have developed some highly specialized artillery; some had the "first evidence of multibarrel ballistics in nature."

Researchers say the complex weapons might exist to counter defensive traits in the plankton's prey — like a micro-scale arms race.