Tinnitus Ringing Might Be Treated With A New, Non-Invasive Method 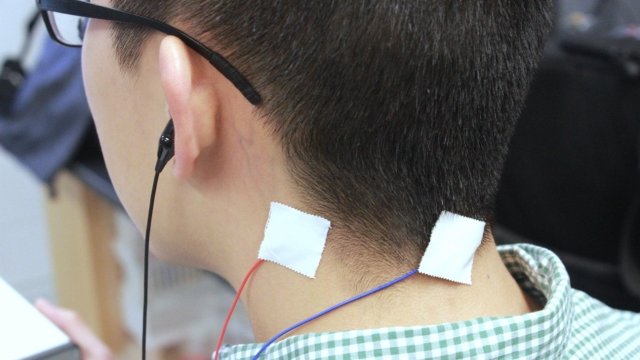 SMS
Tinnitus Ringing Might Be Treated With A New, Non-Invasive Method
By Tyler Adkisson
By Tyler Adkisson
January 3, 2018
Tinnitus affects millions of Americans, and many are forced to treat debilitating cases with invasive surgery — but that could change.
SHOW TRANSCRIPT

For the roughly 2 million Americans with tinnitus, a condition that causes constant ringing in the ear, the sound can be so intense it can make it hard to work or do basic tasks. Invasive surgery can treat it, but a new study shows an effective, non-invasive way might fix the problem.

It's thought tinnitus happens when damaged nerve cells send the wrong information to the brain — like the brain interpreting touch signals as sound. Knowing this, the researchers wanted to see if a device that uses sound while stimulating the skin could help stop those misfires. 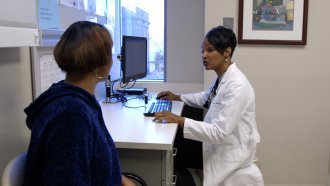 To find out, they conducted an experiment where tinnitus sufferers were given two different versions of a device: One played sounds and shocked participants, and another just played sounds. Participants noted how a device affected their tinnitus before switching to the next one.

Although the findings are encouraging, it'll likely take a while before devices like these go public. The research team says it needs another clinical trial before developing a commercial version.