Tina Tchen Of Time's Up On Eradicating Workplace Harassment 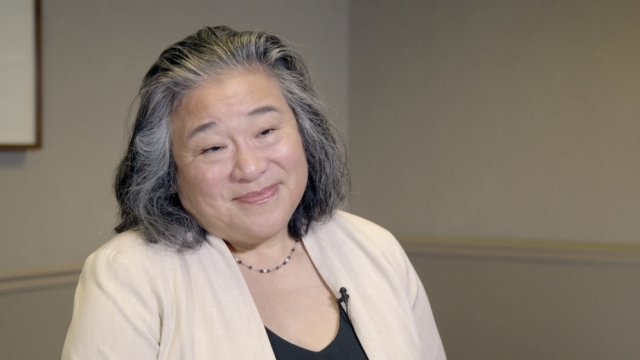 SMS
Tina Tchen Of Time's Up On Eradicating Workplace Harassment
By Melissa Prax
By Melissa Prax
September 26, 2018
Tina Tchen has a hefty resume of working for women's rights in the workplace, including the Obama White House and the Time's Up legal defense fund.
SHOW TRANSCRIPT

"One of the important bedrocks of how we approach things with the Time's Up Legal Defense Fund is making sure that victims have their own agency," said Tina Tchen, lawyer and partner at Buckley Sandler.

Tina Tchen is set on eradicating sexual harassment in workplaces, and it's not a one-solution deal. That's part of why she co-founded the Time's Up Legal Defense Fund, which has become a network of lawyers and public relations professionals who help survivors of workplace harassment and assault.

Tchen said: "For a lot of the people who are coming to the Time's Up Legal Defense Fund, we're finding that their cases are too late. The statute of limitations on employment discrimination claims is really short. And if this is something that happened to you a year ago, you may be too late already to do anything about it. But even with that, I think a lot of the people coming to the fund have found this is the first time they've had someone to talk to about this, someone who will believe them, someone who will give them advice, so that even if there isn't a place that they can go, they at least understand what's happened to them." 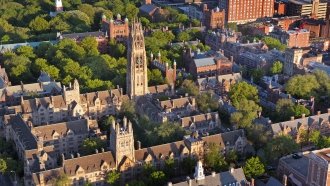 The U.S. Equal Employment Opportunity Commission gives employees 180 days to file a sexual harassment complaint. In some states, that may be longer.

But beyond going up against these limited statutes, the fund has another issue to overcome: public perception of survivors.

"What we really need to understand is that the overwhelming majority of folks who come forward with claims are telling the truth, and we need to believe them in the first instance, not to vilify them, not to try to undermine their stories — make sure they're getting full hearing of an investigation. We want to make sure there's fairness to people who are accused, you know. We are a system of justice, the due process and rule of law, and there should be fair processes that are fair to both sides. But so often what has happened in the past is you've never gotten to that stage because women have been cut off and silenced in the first instance," Tchen said.

An NBC and Wall Street Journal poll from last year showed 48 percent of working women in the U.S. have faced unwanted sexual advances or harassment while at work. And Tchen has some ideas about the root of sexual harassment in the workplace and how to overcome this.

"I think part of the problem over the last three decades that we've been at this issue, we've treated everything siloed: We had sexual harassment policies over here, we did diversity policies, and another part of the company we've took a look at hiring promotion. All of those were usually handled at some part of the company that wasn't in the C-suite. ... So you need the C-suite involved, and you got to look at it holistically. It's not just one thing. You can't just look at a diversity set of initiatives without also taking a look at how are you addressing sexual harassment and discrimination issues. And then how are you fully including people in all aspects of the operations of the company, whether it's as a hiring in the early stages — it's how you evaluate folks and promote them, you know. What are your policies and what are your practices there? And how do you look at your leadership? How do you recruit new leaders? How do you promote people into leadership? Are you doing that in a way that's free of bias?" Tchen said.

Time's Up aims to be inclusive, and the fund has seen 3,500 people come forward asking for help. A majority are women, and two-thirds are low-income. Of course, with this much interest, Tchen recognizes long-term sustainability, including funding, can be a concern. To date, the fund has raised about $22 million.