Time's Person Of The Year Cover Has Never Been About Popularity 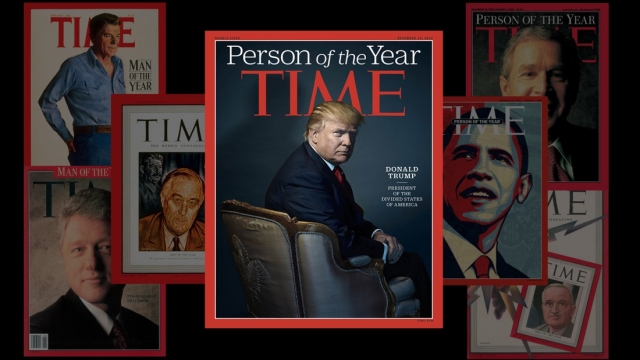 SMS
Time's Person Of The Year Cover Has Never Been About Popularity
By Tyler Fine
By Tyler Fine
December 7, 2016
Some of history's most controversial figures have won the hotly debated award.
SHOW TRANSCRIPT

Donald Trump is Time's Person of the Year for 2016. The decision has been controversial, to say the least.

"This is the 90th time we have named the person who had the greatest influence, for better or worse, on the events of the year," wrote Nancy Gibbs, managing editor for Time magazine.

But the Person of the Year title isn't a popularity contest.

A number of controversial figures have held the title, including Adolf Hitler, Ayatollah Khomeini, Barack Obama and Joseph Stalin — twice.

Even some of the magazine's more benign nominations have drawn criticism. Like the time the magazine crowned the computer its Machine of the Year.

So remember, it's not about who's most popular at the time. It's about impact and influence — for better or worse.