Trump May Have 'Devil Horns' On Time's Cover, But He's In Good Company 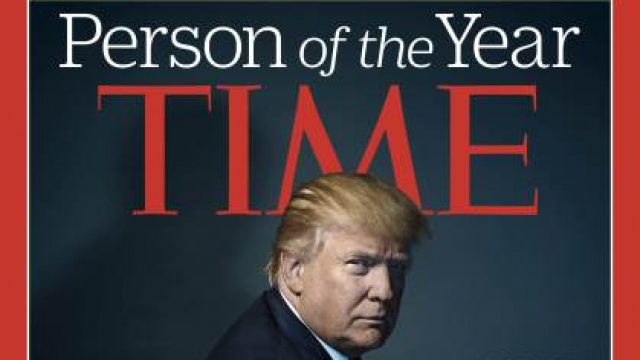 SMS
Trump May Have 'Devil Horns' On Time's Cover, But He's In Good Company
By Ryan Biek
By Ryan Biek
December 8, 2016
The letter "M" was in a conspicuous spot for the president-elect's cover photo.
SHOW TRANSCRIPT

The only thing that may have grabbed more attention than Donald Trump being named Time magazine's Person of the Year was the appearance of what some called "devil horns" above his head.

The magazine has denied placing the peaks of the letter "M" in its title behind the president-elect's head as a form of political protest.

But playing devil's advocate here (pun intended), Trump might want to take those so-called devil horns as a good sign, considering some of the people who have not had them.

SEE MORE: Trump's Pick For Ambassador To China Already Has A Head Start

Those people include Ayatullah Khomeini, the former Supreme Leader of Iran, who was Time's Man of the Year in 1979. He's also believed to have had thousands of political prisoners killed.

Joseph Stalin was the leader of the Soviet Union and Time's Man of the Year — twice. He was blamed for the deaths of roughly a million Russian citizens in the 1930s.

Time is often quick to note it picks its Person of the Year based on their influence — good or bad. And the list of good influences who've been framed under the satanic "M" is actually pretty long.

Popular entertainers have gotten the treatment, too, like John Travolta and Russell Crowe. And we get it, "Titanic" fans, Rose could've moved over to let Jack on the raft, but Kate Winslet probably isn't the devil.

Even those whose job is to preach against sin have received horns, like the times Pope Francis, Pope John Paul II and Jesus graced the cover.

If Trump truly is the devil and doesn't deserve to be Time's Person of the Year, we could give it to the runner-up, Hillary Clinton. Just know, she, too, has sported the infamous horns.