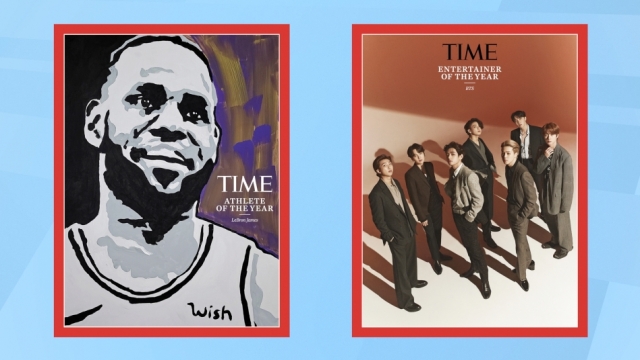 In addition to person of the year, Time magazine also announced several other of its annual awards.

The magazine named Lebron James 2020 Athlete of the Year. The basketball star helped the LA Lakers clinch this year's NBA Championship. Off the court, James supports causes that fight racial injustice and encourages people to vote get to the polls.

And Time's Entertainer of the Year is Korean boy group BTS. The seven-member band had to cancel its world tour due to the pandemic, but still managed to break records and release multiple albums this year.