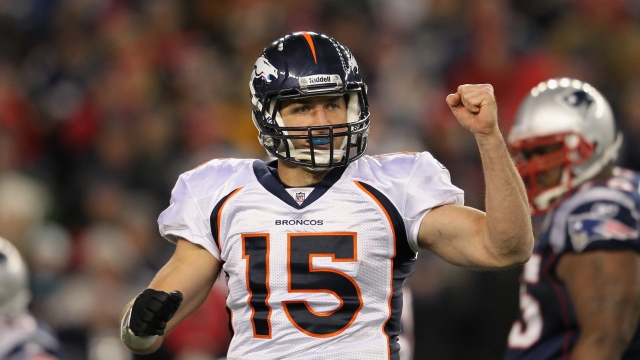 "I wake up this morning to find out that I'm speaking at the Republican National Convention. It's amazing how fast rumors fly. And that's exactly what it is: a rumor," Tebow said in an Instagram video.

Before Tebow posted that video, Instagram users blasted him over his alleged political leanings.

In June, Trump said an entire night of the convention might be dedicated to famous athletes speaking on his behalf. Now it's tough to nail down exactly which, if any, sports stars will attend.

So far, the only athletics-related speaker who's confirmed they'll speak at the convention is UFC President Dana White.

SEE MORE: Clinton May Have The Popular Vote, But Trump's Leading In Swing States

Bloomberg reported boxer Mike Tyson might give a speech, which Trump denied. Patriots quarterback Tom Brady said he was a friend of Trump's, but ESPN's Adam Schefter reported Brady won't be speaking, either.

Lots of major Republican politicians have passed on not only speaking at the convention but attending it altogether. Notable figures like Trey Gowdy, Sarah Palin and Marco Rubio will all be absent when the convention kicks off on July 18.