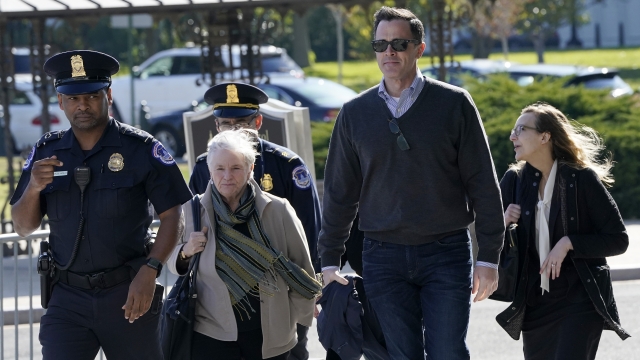 Tim Morrison, the National Security Council's former Senior Director for European and Russian Affairs, is scheduled to publicly testify Tuesday in the House's impeachment inquiry into President Donald Trump. Here's what you need to know.

Before joining the National Security Council, Morrison spent 17 years as a Republican staffer, serving in both the House and the Senate. His last congressional position was as policy director for the House Armed Services Committee.

When Bill Taylor, the acting ambassador to Ukraine, testified to House investigators last month, his conversations with Morrison came up several times. The committee then subpoenaed Morrison to corroborate Taylor's testimony after the White House tried to stop him from appearing.

Morrison announced he was leaving his job the day before he testified at the end of October. Sources told CNN that his departure was his own decision and had been "planned for some time."

Morrison was on the July 25th call with Ukraine. In his 8-hour closed-door testimony, he confirmed that the president withheld military aid from Ukraine to compel the country to investigate Joe Biden and his son. But he also said he doesn't think that's illegal.

However, the Washington Post reports that Morrison reached out to the National Security Council's attorneys twice with concerns about President Trump's dealings with Ukraine.

He also mentioned in his testimony that his predecessor, Fiona Hill, was concerned about Gordon Sondland, the U.S. Ambassador to the EU.  He said, "We both discussed that Ukraine was not in the EU, which led to the follow-on question of, why is he involved in Ukraine?"