No, Tim Cook And Mark Zuckerberg Aren't Running For President 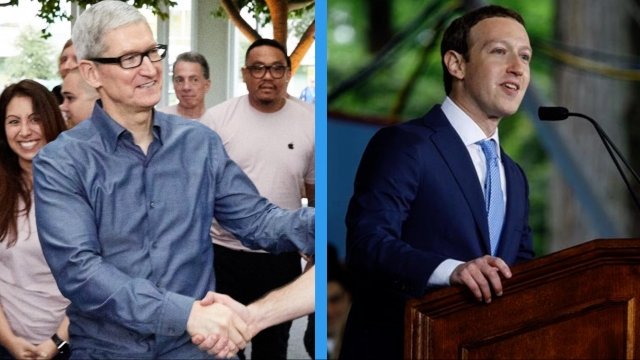 By Casey Mendoza
August 29, 2017
Tim Cook and Mark Zuckerberg both traveled to Iowa this summer — and to some, that seems suspiciously political.
SHOW TRANSCRIPT

Apple CEO Tim Cook went on a little trip to the Midwest this week, and that made some people speculate he was going to run for political office.

He isn't. In fact, he thinks the idea of running for president sounds more like a joke than a real possibility. And in case you were wondering, Cook traveled to the region to visit a company supplier and discuss a new Apple data center.

Earlier this summer, Facebook founder Mark Zuckerberg toured Iowa to learn about its communities and people in them. Because the state is a noteworthy presidential primary state, many began to speculate he had his eye on the Oval Office. Zuckerberg has stated publicly he does not. 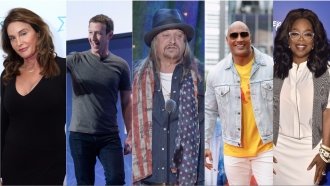 Why Do We Entertain The Idea Of Entertainers Running For Office?

Listen, there are plenty of non-campaign reasons for someone to visit the Midwest, OK? But in fairness, there is some merit to the idea that these tech billionaires are plotting a shot at the White House.

Cook is notoriously politically active — he's written op-eds about religious freedom laws, gone up against the FBI over device privacy and donated millions of dollars to anti-hate groups in light of the violent "Unite the Right" rally in Charlottesville, Virginia. Cook has also openly criticized President Donald Trump for his response to the incident.

Meanwhile, Zuckerberg has publicly challenged himself to meet people in every state by the end of this year, supposedly in order to improve how he runs Facebook and the charitable Chan Zuckerberg Initiative. Since that announcement, the tech mogul has visited almost half the country — making sure to document his travels with professional, campaign-ad-worthy photos.

During his trip to Iowa, Zuckerberg said he met truckers and talked about things like family, self-driving cars and ... industry regulations, a popular campaign trail topic for presidential hopefuls. Outside of his travels, Zuckerberg has also hired former members of President Barack Obama's campaign team to advise his philanthropic fund.