Tillerson: The US Is A 'Long Way' From Negotiating With North Korea 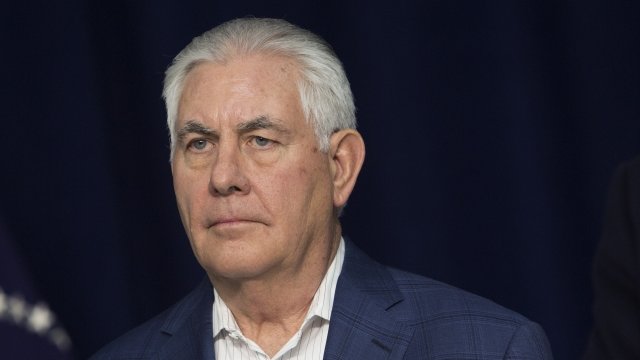 Secretary of State Rex Tillerson said Thursday the U.S. will tread lightly when it comes to negotiations with North Korea about denuclearization.

"We're a long way from negotiations," Tillerson said. "We just need to be very clear-eyed and realistic about it."

The secretary's remarks come shortly after North Korea reportedly said it's open to discussing its nuclear weapons with the U.S. The North also clarified it has no reason to hold onto nukes as long as its security can be guaranteed.

Tillerson acknowledged North Korea is giving "positive signals" but said the U.S. needs to wait for the right conditions before negotiating. He said a good first step would be to hold "talks about talks."