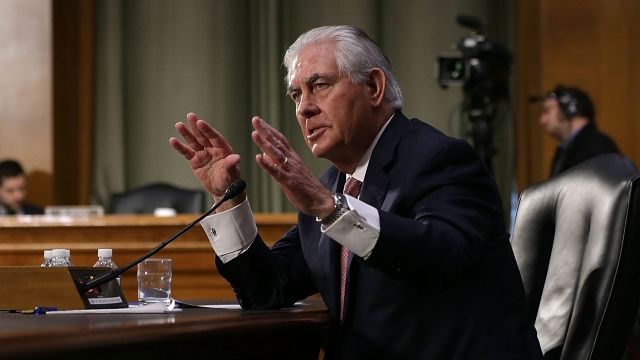 SMS
Tillerson On Why He's Different: 'I Didn't Want This Job'
By Jake Jones
By Jake Jones
March 22, 2017
Rex Tillerson gave one reporter from the Independent Journal Review a rare interview about his role as secretary of state.
SHOW TRANSCRIPT

Secretary of State Rex Tillerson says he originally didn't want his new job. He says his wife encouraged him to do it.

Tillerson isn't a fan of media attention. On his trip to Asia, he took only one reporter — Erin McPike from the Independent Journal Review.

When McPike interviewed him, Tillerson talked about his role as secretary of state and how he's tackling it differently than his predecessors.

Tillerson criticized the previous administration for publicly declaring its policy goals. He says his State Department will work better if it doesn't have to explain what it's doing to the public. 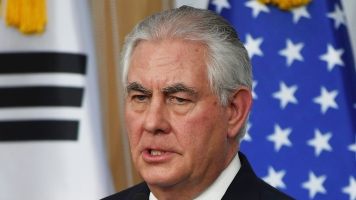 The reason for that is simple: Tillerson didn't seek out the job. He said he didn't even meet Donald Trump until after the election.

And Tillerson says his initial reluctance to take the role is a good thing. He says he's not looking for political points or press ops to bolster his career — he just wants to do a good job.

Tillerson took the secretary of state job just a few months before he was set to retire from his role as CEO of ExxonMobil. He'd been with the company for more than 40 years.