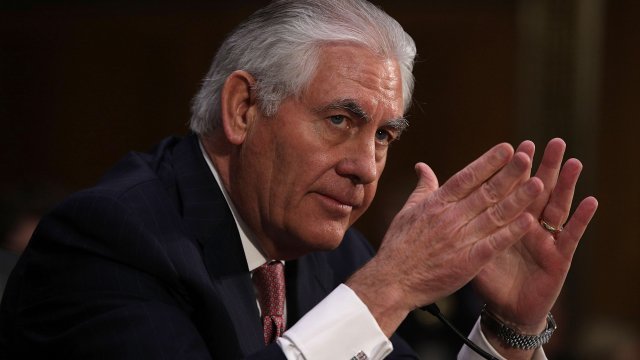 SMS
Tillerson Says Poison Used On Former Spy Is 'Clearly' Russian
By Gabrielle Ware
By Gabrielle Ware
March 12, 2018
He says the poison used on Sergei Skripal couldn't have come from any other country.
SHOW TRANSCRIPT

He said the nerve agent couldn't have come from any other country but that he's not sure if Russian President Vladimir Putin knew about the attack.

U.K. Prime Minister Theresa May said Monday it was "highly likely" Russia was behind the attack.

Russia has denied any role in the poisonings.