Sexual Harassment Training Will Be Required For State Department 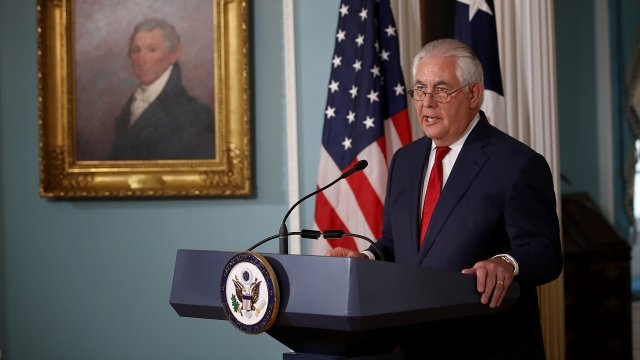 Tillerson made the statement Monday while talking to U.S. Embassy staff in Cairo during his Middle East tour.

Reuters reports he also said all employees "must step in and intervene if they witness sexual harassment." He said "It's not OK if you're seeing it happening and just look away. You must do something."

Sexual harassment and misconduct scandals have rocked D.C. in recent weeks, with multiple politicians resigning or announcing they won't run for re-election after facing allegations.