Tillerson Speaks Publicly After His Ouster From The White House 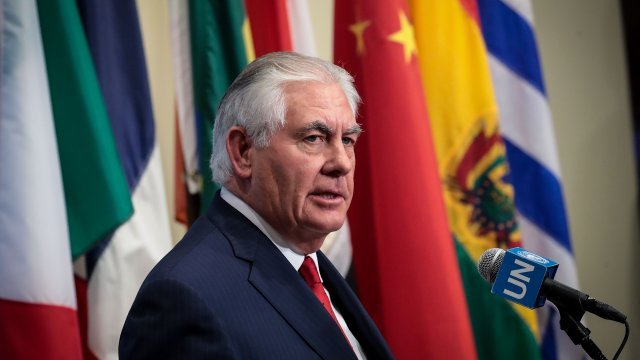 "I now return to private life, as a private citizen, as a proud American. I'm proud of the opportunity I've had to serve my country. God bless all of you. God bless the American people. God bless America," Tillerson said.

He said Trump informed him of his replacement hours after the president had already tweeted the news to the public.

In his speech, he encouraged other officials to remain in their positions and emphasized the importance of a smooth transition "during a time when country continues to face significant policy and national security challenges."

He also said "much work remains to respond to the troubling behavior and actions on the part of the Russian government" and addressed efforts to cut down on sexual harassment within the department.

Tillerson reportedly doesn't know why he was fired, but he and Trump have had many policy differences.