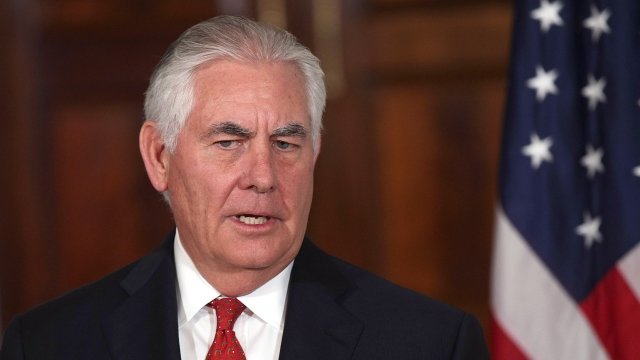 SMS
US Secretary of State Didn't Seem To Get A Warm Welcome In Europe
By Lindsey Pulse
By Lindsey Pulse
December 6, 2017
News outlets say allies are criticizing the U.S.' expected announcement on Jerusalem and threats to walk away from the Iran deal.
SHOW TRANSCRIPT

U.S. Secretary of State Rex Tillerson reportedly isn't getting the warmest welcome across the Atlantic.

Tillerson is on an official trip to Europe, and news outlets say allies are criticizing him over Trump administration policies and decisions.

Two of the main points of contention: U.S. threats to back out of the Iran deal and President Donald Trump's expected announcement to formally recognize Jerusalem as the capital of Israel and move the U.S. embassy to the city from Tel Aviv. 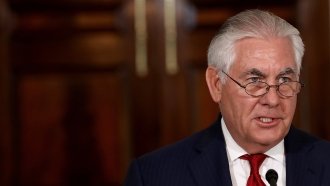 While standing next to Tillerson, a European Union official said dismantling a deal on nuclear issues "that is working" isn't a good idea.

Other officials criticized U.S. plans in Israel, saying they could aggravate tensions in the Middle East. The Washington Post reports Luxembourg's foreign minister said the U.S. plans for Jerusalem were "oil on the fire."

A spokesperson for Tillerson responded to the critiques, saying, "Allies have been very frank today in sharing some of their views."