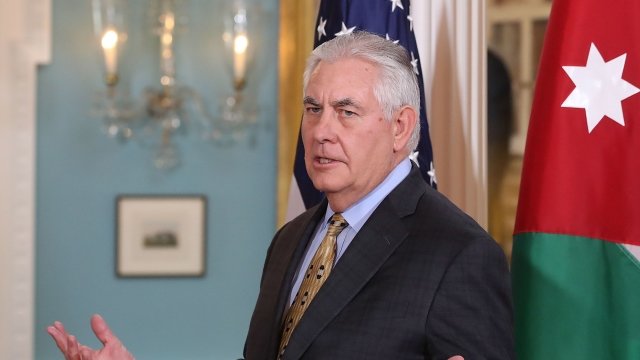 The U.S. Secretary of State said Russia has defended the Syrian regime's use of chemical weapons on its own people.

U.S. Secretary of State Rex Tillerson had harsh words for Russia during a speech in front of high-ranking diplomats in Paris.

"There is simply no denying that Russia, by shielding its Syrian allies, breached its commitments to the United States as a framework guarantor," Tillerson said.

Tillerson called out Russia for not holding Syrian President Bashar al-Assad's regime accountable for using chemical attacks on its own people.

"Russia's failure to resolve the chemical weapons issue in Syria calls into question its relevance to the resolution to the overall crisis," Tillerson said.

Tillerson also called on Russia to stop voting down U.N. actions to further investigate Assad's use of chemical weapons.

"At a bare minimum, Russia must stop vetoing and at least abstain from future Security Council votes on this issue," he said.