Tila Tequila Gets Kicked Off Big Brother For Nazi Sympathies 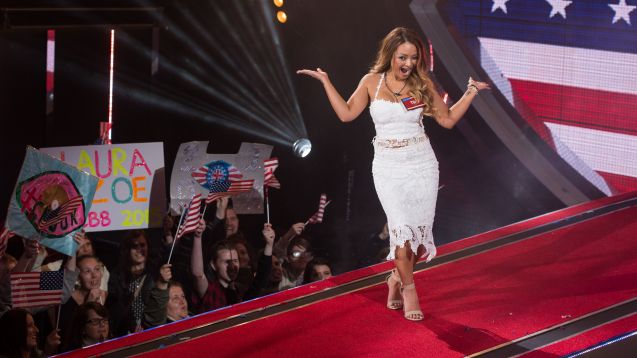 Somebody at Channel 5 finally Googled "Tila Tequila" and probably didn't like what they found. The reality star was ejected from "Celebrity Big Brother" after just one day, when the show's producers discovered her admiration for Hitler.

"You know what, you [British] boys could never handle me," Tequila said.

A spokesperson for Channel 5 said they didn't know about the views Tila Tequila had expressed on social media in the past, which is kind of hard to believe because ... the Internet.

Tila Tequila notably posted a photo-shopped image of her in front of Auschwitz wearing a swastika arm band in 2013. (Video via YouTube / MissTilaTequila)

The post, and her subsequent Facebook suspension, was widely reported in entertainment news outlets and really should have been a red flag to the Channel 5 execs.

Tila Tequila explained in another post that same year she didn't hate anyone, she just felt "sympathy" and "compassion" for Hitler. (Video via YouTube / MissTilaTequila)

Maybe another shot at personal branding could help the star. (Video via MTV)